For the past 15 years, Apple’s computers have been powered by Intel processors. Apple today has announced that they will be moving on from that partnership. For the first time in their existence, Apple will be using its chips in its hardware. There is no official name for it yet but they are calling it Apple Silicon for now. It’s a big deal and you might be thinking why this even matters to me, I use Windows anyway. Well, it matters a lot. Let’s dive deep into why we should care about this announcement by Apple.

Apple holds a conference for its developers called WWDC in June every year. Apple invites its developers and press to show off their latest versions of the Software. Unfortunately, due to the current pandemic, they had to do this online. After the slew of announcements, Apple revealed that they will be using the chips which they produce in their future line of computers. 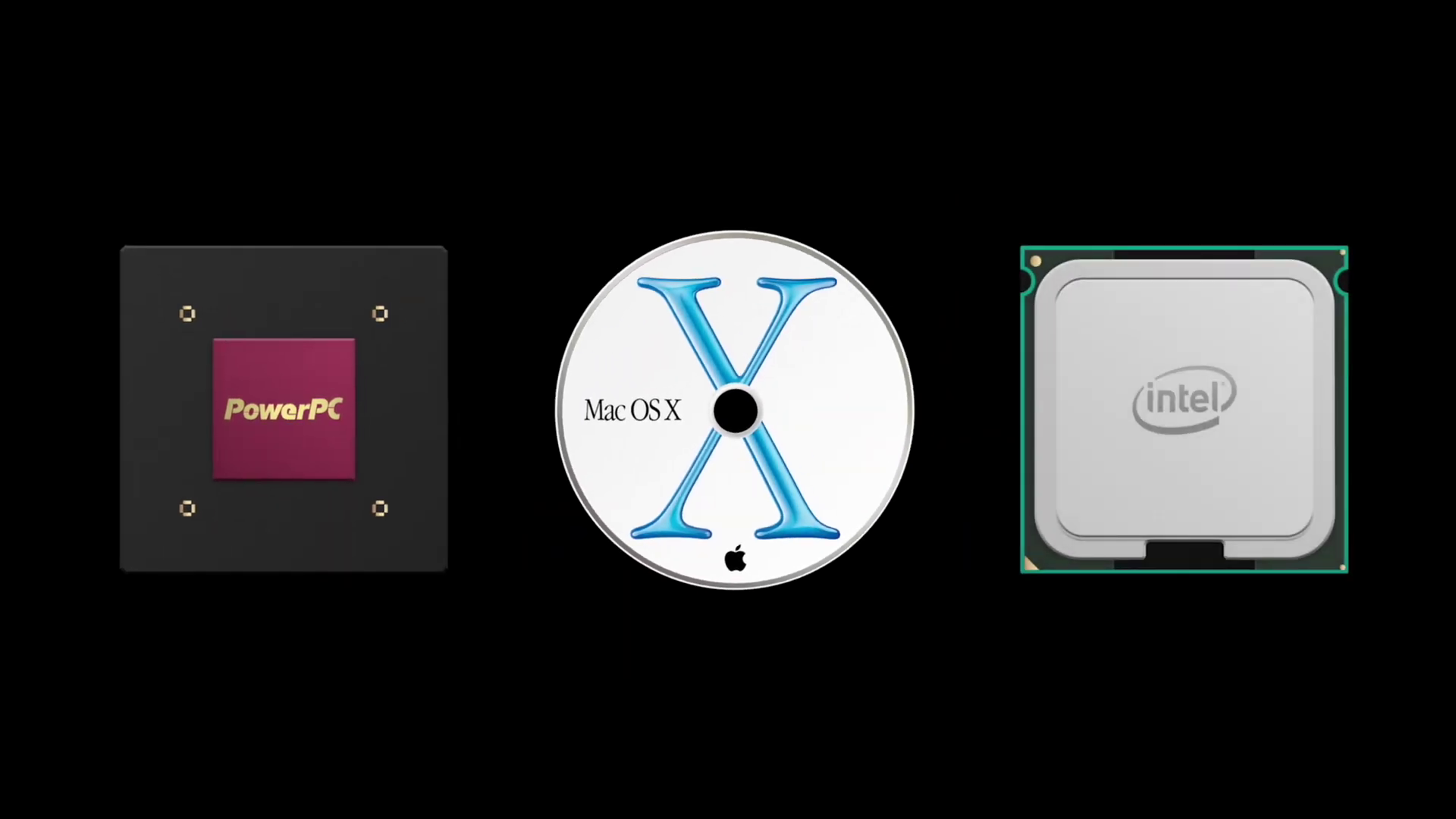 The move was expected for a while now as they have been using the A-series chips in their iPhones and iPads for almost a decade. Their chips usually outperform the competition by a fair margin. On the other hand, Intel which has long been known as the innovator in the chipset field has been slowing down. The company which once was known to be the gold standard is now lagging behind competition AMD (at least in the pro-market).

Why is Apple dropping Intel?

For the first time in 36 years, Apple will be using their chips and will in effect control everything in the supply chain. They would not have to rely on an outside partner who has to keep up with the pace of innovation from Apple. It has been clear for a while that Intel is still stuck at making 14nm chips while Apple has managed to get its chips down to 7nm. The smaller size helps in making the devices thinner and also draw less power.

If you have been reading the previous reviews of Apple devices the most common criticism of Apple is that they haven’t been innovating anymore. However, one team inside of Apple that has been killing it is the chipset team which is responsible for designing the A-series chips which power the iPhone and iPad. The A-series bionic chips are far superior to the Qualcomm Snapdragon chips which power the majority of the Android world. 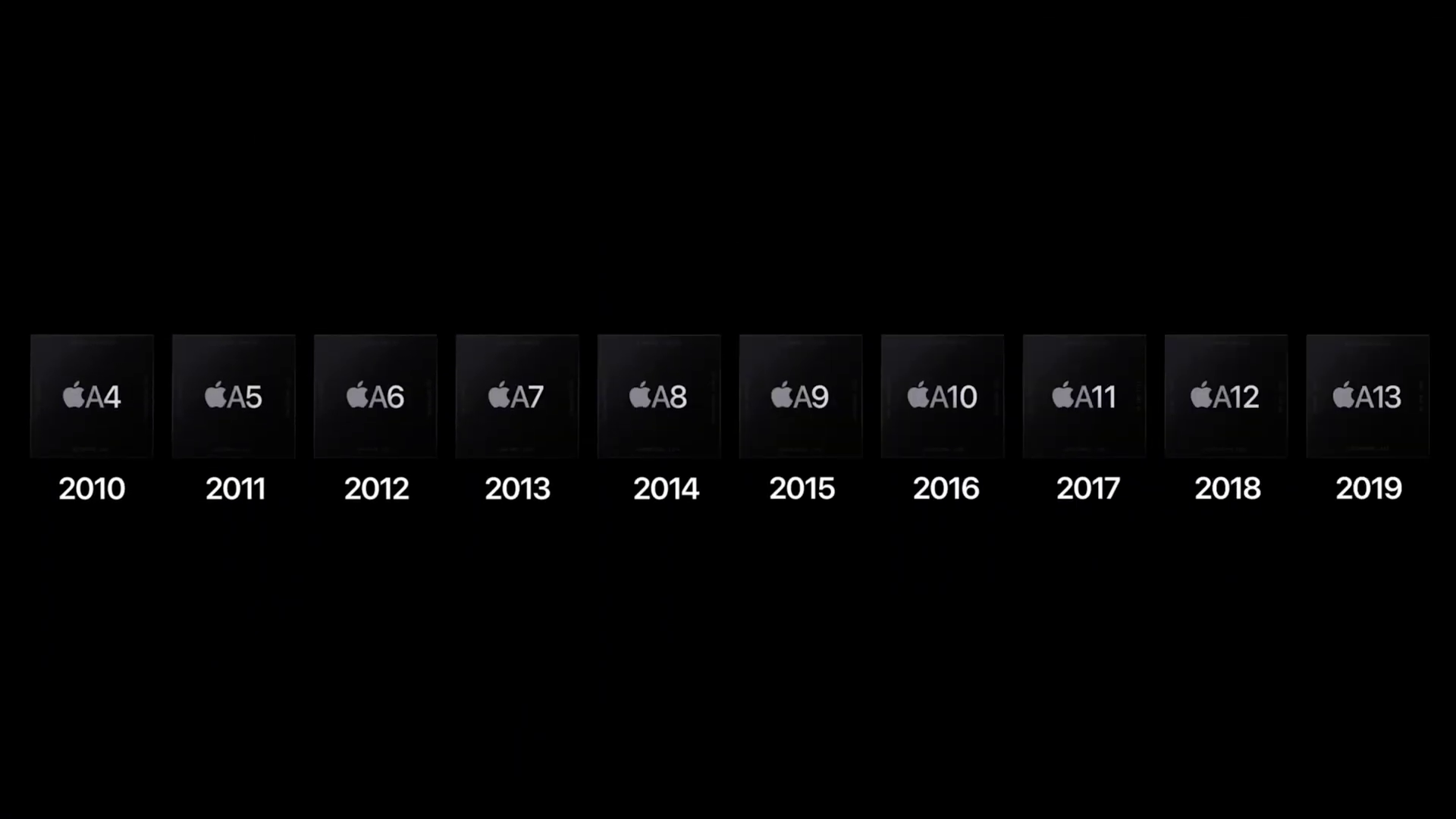 Apple’s top of the line iPad Pro 2020 has the latest chip which Apple has made. The A12Z is not an entirely new version of the chip however the performance gains which were found in the device has convinced Apple to make this move. The latest generation iPad Pro is said to be so fast that it even outperforms the much costlier MacBook Pro 13 inch.

Here’s a fun fact. Apple, in 2019 became the first trillion-dollar company in history. Slowly a couple of other companies followed but Apple was the first to get there. Naturally, when you reach the top, you would like to remain on top. Apple famously loves to control everything that they make. The supply chain included. One big hurdle when it came to the computer and laptop division was Intel. Now by making their custom chips, they are in charge of everything. Right from the design phase to the delivery phase of the product. 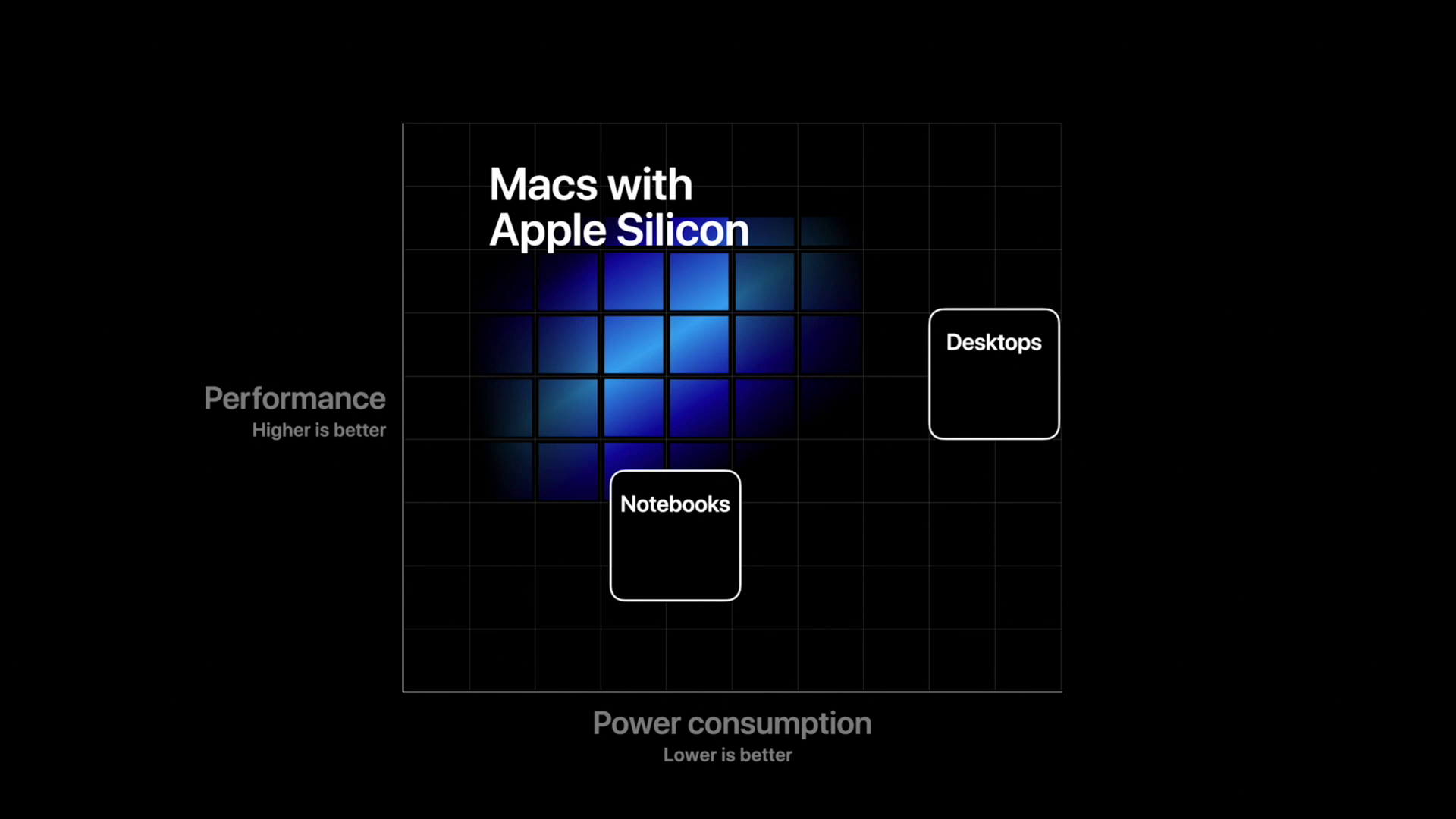 By making their chips in-house they would also keep their running costs low. This might be good news for us, the end consumers. Apple might theoretically reduce the price of their products (which is never gonna happen!), greater hardware and software integration, better power efficiency in portable devices like laptops and tablets.

Everything sounds great… Looks like a win for everybody…

Short answer, No. While on paper everything looks and sounds great, the implementation if not done right is going to be disastrous for Apple. When Apple switched over to Inter in 2006, they gave themselves the same timeframe as what they are doing this around. Two years. However, it was not without problems. In the meantime, they have also announced that they would be releasing a few more Intel-based macs by the end of the year and promised to support them for the foreseeable future. They are most likely going to be the high-end Mac Pros and Macbook Pros.
They currently are giving out a Mac Mini with the A12Z chip (which is found in the iPad Pro 2020) to developers to update and upgrade the existing software. Furthermore, in the keynote, Apple showed off some examples and demo of its pro apps like Final Cut Pro running on their chipset. They have also announced partnerships with Microsoft and Adobe (who already have their top apps on iOS and iPadOS) to ensure that their pro apps are up and running from day 1.

Why does it matter to me… a Windows PC user?

The new Apple Silicon Chip is going to be based on ARM architecture. We are not going to discuss what this means but if you’re curious check out this video. 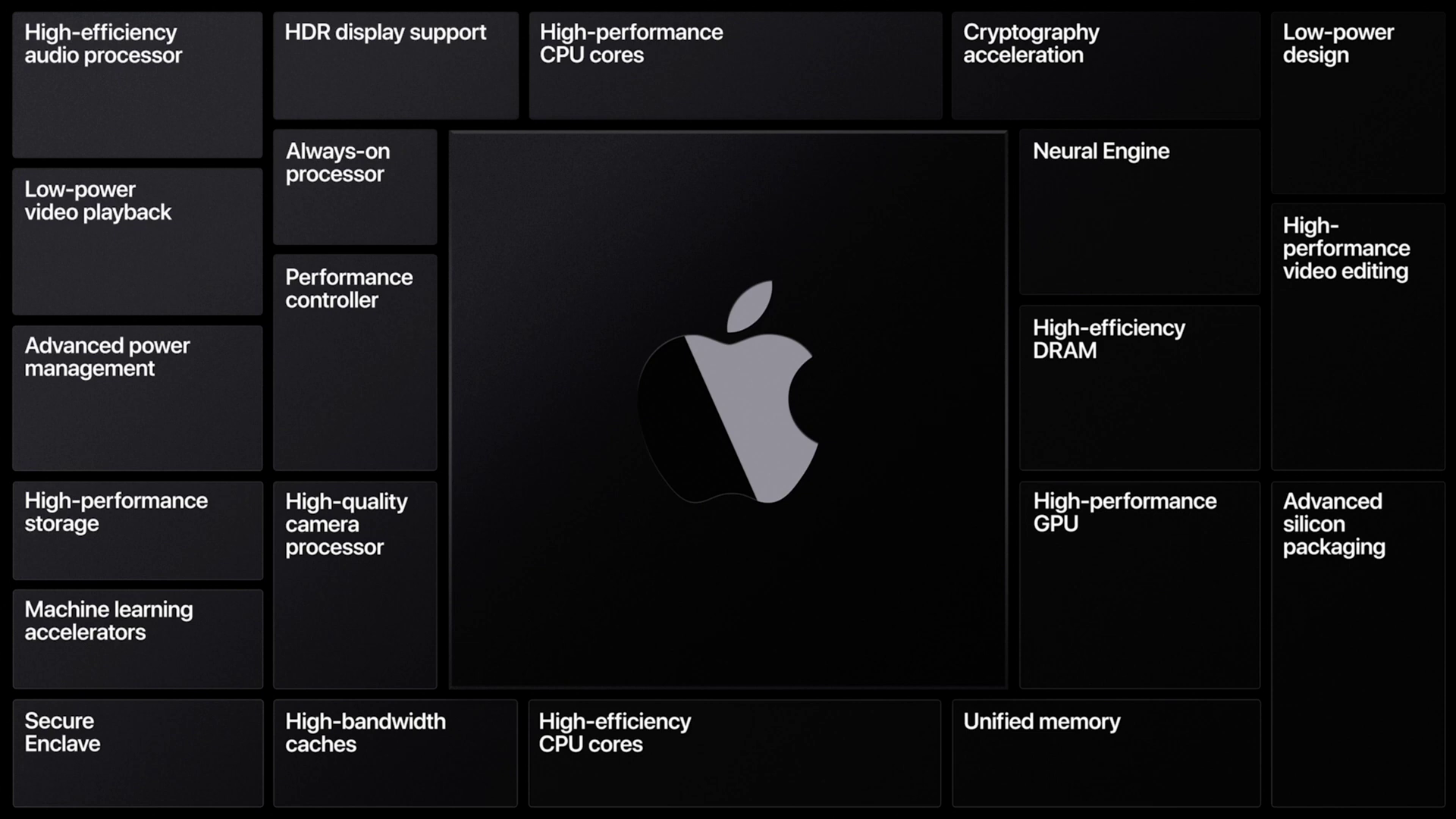 Apple is claiming that its in-house chips are going to deliver the above-mentioned advances in the technology. The ARM architecture is predominantly used in mobile devices because they use less power and are generally lighter and faster than the X86 architecture which is currently used in desktops and laptops.

More support and variety of App and devices

Microsoft back in the early days of its Surface products made a tablet device called Surface RT which was based on the ARM. Needless to say, if this was the first time you heard about this, it was a flop. More recently they tried it again with Surface Pro X. While the devices look and feel amazing, its value is severely diminished by the lack of apps and support. While Microsoft is one of the companies in the trillion-dollar club, it is not exactly Apple.
Apple has also announced that they have ensured that their native apps have already been made available for the new chips and iPhone and iPad apps can be run on Mac’s. Many in the tech community have speculated that Apple’s Pro line of apps such as Final Cut Pro and Logic might be made available on iPad Pro going ahead. This is something that many have been asking for years.

Intel has been sitting on top for a long time with no real competition which made them complacent. However, AMD has been killing it recently which came as a shock to Intel leading them to pick up the slack and get the gears running. With a 3rd competitor on the market, it will only lead to more innovation which is good for us end users. We might not see the benefits right away, but they eventually trickle down to our everyday lives. The fact that we are even here is only because of the advancements made by developing chips for iPhones and Android phones.

Apple might come across as a bully and a brash company which forces people to adopt their philosophy. But at the heart of it all, they have always been a company focusing on user experience rather than their technical advancements which have pushed them to be the success they are today. By making this sudden change, Apple is causing a pretty decent seismic shift in the tech world. Only the future will tell if this decision was a hit or a flop, but you cannot deny the fact that the future is exciting, and we are ready for it.