Apple iPhone Hack – Picture this. You get into your car. Turn on the ignition. And BOOOM!! Out of nowhere, the car stereo starts playing songs. Welcome to the ultimate first world problem that very few will relate to. But it is a problem that needs to be addressed.
The iPhone by default will play the last audio source when it connects to your car. Most likely that’s your music library, in alphabetical order or Apple Music. If you’ve been listening to an audiobook, podcast or another app, your car may try and start playing that.
For me, switching from an Android phone to an iPhone was a smooth experience. Most of the apps were there. The camera was a step up from the old OnePlus One. But this is an annoying feature that many iPhone users have. The autoplay on these iOS devices can’t seemingly be stopped. And a brief search on Twitter shows that I’m not alone. 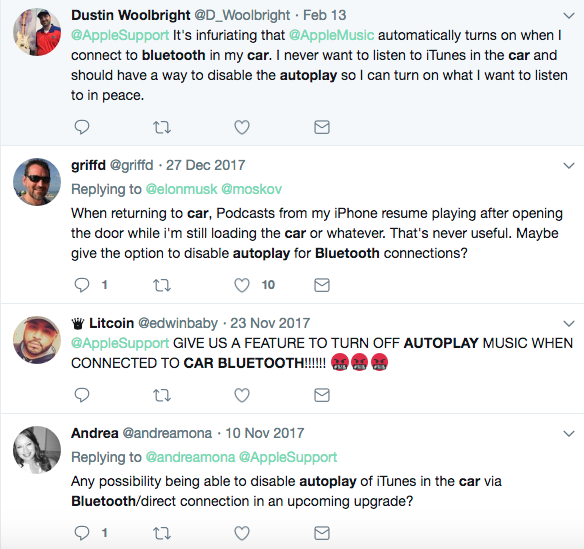 Unfortunately, there is no perfect solution for this. However, there are a few workarounds. Some are dumb, while some are silly and then comes the $0 hack.

Option 1: Turn Bluetooth off on your phone.

We did mention some of the suggestions are dumb, but hey, it works. Address the problem even before it becomes a problem. Seemingly a simple solution which works for almost everyone. Unless for whatever reason they got to have that Bluetooth on.

Option 2: Reduce the volume all the way to Zero.

Be it in the car stereo or phone if the volume is reduced all the way down you cannot hear the music that’s played. Pretty smart, isn’t it? Of course, it means you have to mindful every single time you get into the car. But in this imperfect world, that is probably an “OK” solution.

Option 3: Close the music app in the background

The Bluetooth in the car automatically plays the last played song from the Music app you were using. In most of the cases, it would be Apple Music. So if the music app is closed the car would not have something to start playing. But like all the above options, this comes with another headache. Instead of playing the last played some the car would start playing the first song in your library.

Option 4: Add a Silent track in your phone

As previously stated in the last option, the phone will play the first song in the library, so we make that first song a silent song. There is nothing but silence in the track. If the song title is nothing but the Alphabet A, it sits right at the top of the playlist. Apparently, people love this trick and are even ready to pay for it.
https://itunes.apple.com/us/album/a-a-a-a-a-very-good-song-silent-track-single/1268932999
However, we here at ByteVine got your back. All you have to do is “like” our Facebook page, and the silent song is yours…!
Bytevine Facebook Page
Just kidding!! It’s up to you if you want to like and follow our work. Click on the link down below to down the song now.
Zero Dollar Hack

Alternatively, you can send Apple feedback to request a feature that lets you turn off the songs from playing automatically.
Apple Feedback
While most of the options above might be enough for now, Apple really needs to fix this. Hoping that it will at least in the next update.