Facebook is in big trouble and you have to know why!

Facebook Cambridge Analytica – If you are an avid user of Facebook, you need to pay attention to this article. There is a storm brewing, and you should take cover. Even though it might not seem like it doesn’t affect you at the moment, you, you should be careful while using Facebook. So what exactly are we talking about here?

You might have come across this name over the past few days. If you haven’t, you should take note of why they are in the news. Cambridge Analytica is a data marketing company which harvested information online to create targeted content for users. The company is caught up in a scandal where influenced voter behavior in 2 of the major political events which shocked the world. The Brexit Vote and the Donald Trump Presidency. The newspaper which broke the news has an excellent explainer video about what happened, and we would encourage everyone reading this to watch it.

What did they do?

The company offers services to businesses and political parties which change and alter peoples behavior. That’s what they did during the 2016 elections where they micro-targeted people with ads that would change their perception regarding a certain candidate. The whole scandal was brought to light by a whistleblower, Christopher Wylie who calls the company a “full-service propaganda machine.” Wylie is no Good Samaritan as he was one of the people involved who created the software which enabled all of this mess to happen.

How did they do it?

Without going too much into detail, Cambridge Analytica collected the data through users who were paid to take a personality test through a Facebook app. In 2015, around 270,000 users downloaded the app called “thisisyourdigitallife” users who signed up for this test were aware that their data was being collected and used. What they were unaware of was that they had enabled the company to obtain their friend’s data too. This data mining was done without the knowledge of the friends and the users themselves did not have any idea of what was happening. In that way, the 270000 accounts turned into 50 million because back in 2015, third-party apps could see a lot more than what they can today.
There are a lot more things that we can discuss on what was Facebook doing and how could it let all of this happen? Did it not know about the data mining that was taking place on their website? They knew everything that was happening, and yet they failed to take sufficient steps to regulate what was happening.

So what now? Why should this concern me?

The way we look at social media such as Facebook, Twitter, and other favorite apps is different to how companies view them. We might think that by sharing a status message, we are merely telling our friends what we are thinking about or how we are feeling at that moment. Now imagine, if we compile all of your status messages and lay them out in a sequence, there will be a pattern or behavior which can be noticed. For companies, that information and data is gold.
The above example is just related to status messages. When you factor in all the things that we do online such as post photos, check in to places, like and share videos there is a lot of data that can be compiled with that information. This might seem like a conspiracy theory but looking at what happened in Cambridge Analytica’s case, the possibilities are endless. This is not something that is happening recently but almost all the companies do this. However, the scale at which the company in question has harvested, the data looks like what we expect from a sci-fi thriller.

If you can stop using Facebook, that would be wonderful, but we know that would be almost next to impossible. So we offer our data on a platter so that companies can exploit it? Not necessarily. These are few things that you can do.

Games like “what will you look like if you were a girl” or “How would your daughter look like?”. You get our point. Not only do they sound incredibly silly and stupid, but they also don’t make any sense whatsoever. When you click on a certain Facebook app, the first thing it would ask you would be some permissions.They say that they are asking for information so that the app can “work” properly. That’s how they legitimately enter your profile. Next time avoid these apps or games. If you can’t, the least you can do is to make a note of all the permissions that you are giving the app.

If you are a longtime Facebook user, there is a possibility that you haven’t check or updated any of your security settings. Click on the downward facing arrow on the right side of the page and look on settings. There you can review all the security settings and change whatever needs to be changed. If your password hasn’t been changed for a while, please update that as well. In this case, it won’t stop companies from collecting data from you, but it provides an additional layer of security.

When you go to Settings> Apps, you would be able to see which of the apps and services use your Facebook information to login or also it can show what it has access to. If you find anything suspicious, go ahead and delete the app from your Facebook.

4. Limit the number of posts and shares

Post what is necessary and limit the number of shares and retweets. We cannot attain the change overnight, and neither is there a proper and complete fix. If we stop excessive sharing day and by day there might be a change where you can reduce our digital footprint.

As long as we are using the social media services, we would feed them some data in any form. The only way Facebook can make profits is by selling your data and make money off of ads. These ads are usually are tailored to suit your taste. There might never be a day where someone or the other is mining some data or the other. You can make sure that you make it damn hard for them to extract that data against you.
Image Credit: https://www.businessinsider.com.au/mark-zuckerberg-tried-to-stop-the-social-network-from-being-made-2014-12?r=UK&IR=T 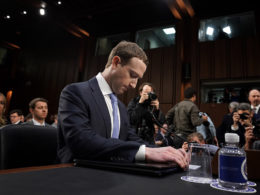 The Cambridge Analytica scandal has brought in the much-needed changes in the privacy aspect of Facebook. With more…
byStephen 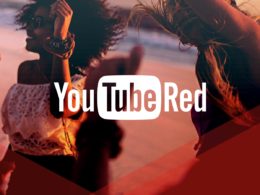 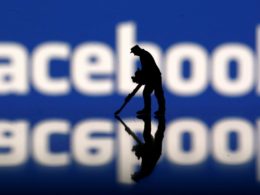 No! Your account is still not secure just because BFF turned green!

Where do we begin with this one? This trend is one of the stupidest that we’ve seen over…
byStephen 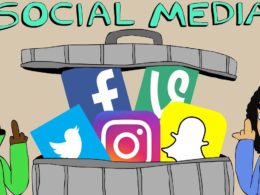 #deletefacebook says Whatsapp co-founder, will you? How to delete Facebook?